Athens. The city with the most glorious history in the world, a city worshipped by gods and people, a magical city. The enchanting capital of Greece has always been a birthplace for civilization. It is the city where democracy was born and most of the wise men of ancient times. The most important civilization of ancient world flourished in Athens and relives through some of the world's most formidable edifices.

For the majority of visitors, the best way to arrive to Athens is by air, but there are, or course, the alternative routes by train, car or ferry boats which leave from various ports of Italy like Venice, Ancona, Bari , Brindisi and Otranto as well as the train journey through the Balkan Peninsula.

Athens International Airport Eleftherios Venizelos is located in Spata and is one of the best airports in Europe. The airport serves flights to Greece daily from several international airlines from all over the world ,It has a modern design and was built by a famous German construction company. Within the airport there are many facilities and shops, restaurants, bars, fast food, pharmacies, duty free shops, internet, banks, ATM's, money exchange offices, news and magazines kiosks and all that makes any traveler to feel comfortable.

Other means of transportation around the city is the Metro station, the buses and tram, which run frequently across the city connecting one area with the other.

From the Eleftherios Venizelos airport it is very easy to travel to Athens city center.

The metro and the Proastiakos Suburban rail as well as taxis and buses to and from  Athens are to be found opposite the main exit of  the airport.

You can call 14511 for timetable information

Four bus routes connect directly Athens and Piraeus with the airport. All buses set down passengers departure level and depart from the Arrivanls level between Exits 4 and 5.

The bus journey is cheap and takes between 40 and 45 minutes to the city centre at Syntagma (Parliament) Square (of course depending on the time and traffic), therefore the best way is to take the Athens metro that connects the airport with Athens and Piraeus.

There are car hire agencies at the airport and if you want to rent a car.

ATMs can be found all around the country. All of the offer foreign language options and pay out Euros. Cash withdrawal limits vary from bank to bank.

Foreign exchange offices, are widespread. Operating hours are mostly Monday to Saturday from 09:00, closing time depends on the area they are located. Banks are open from 08:00 until 14:00. Within the arrival hall of the airport there is also a eurochange office which operates 24hrs, 365 days. No other currency than the Euro is accepted in Greece

Traveler's Checks are accepted in most places and shops, especially in areas where tourists frequent. Traveler's cheque can be changed at the Banks by showing a valid passport

Athens is full of farmers who produce an incredible selection of organic cheeses, oils, fruits, nuts, grains, beans and vegetables. These are the foods that form the base of the traditional Greek diet. Greece's climate is perfect for growing olive and lemon trees, with olives and lemons being two of the most important elements of Greek cooking. Spices and herbs such as garlic, oregano, basil, mint and thyme are widely used, as are vegetables such as eggplants and courgettes as well as beans of all types.

Greek food offers an extremely rich and diverse array of flavours as well as dishes that are centuries old. Preparing and enjoying Greek food is like taking a trip back in time through Greece's history.

Electricity in Greece is 230 Volts, alternating at 50 cycles per second. If you travel to Greece with a device that does not accept 230 Volts at 50 Hertz, you will need a voltage converter

Love to go shoe-shopping? Love eco-friendly products? Want to find everything you need in a single store? You seek items of luxury and high aesthetics when you go shopping? You look for Âtreasures' from old times, works of art in out-of-the-way places or original materials for your own personal creations? Whichever type of shopper you are, Athens is not going to let you down.

Service charges are included in the cost of all goods and services. Although it is not mandatory, a small tip is customary for good service. As a guideline, add about 10% to the total bill. When paying by credit card, a cash tip is preferred. 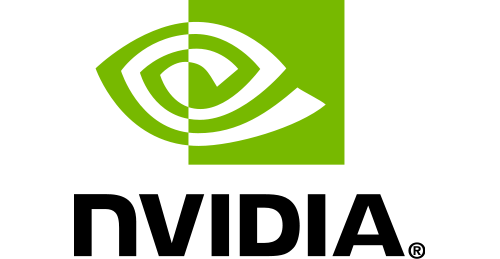